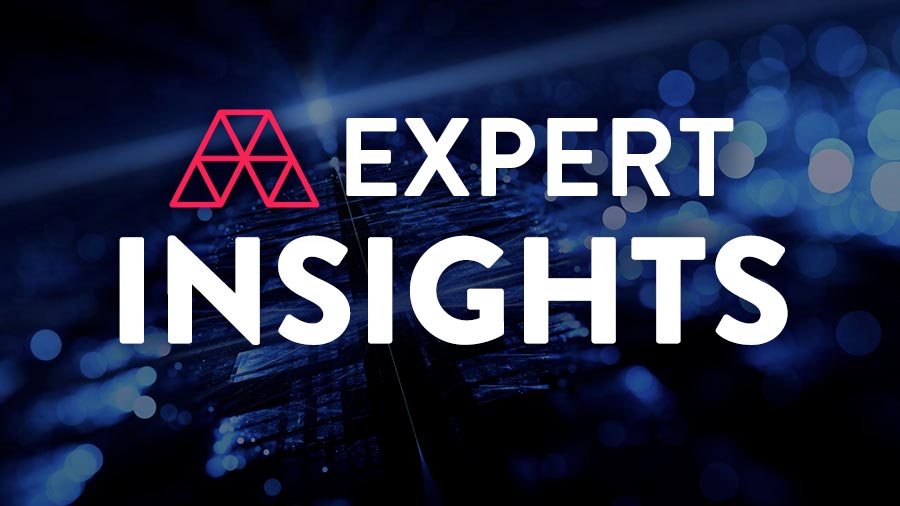 We talk with industry thought leaders and experts about different topics surrounding logistics and supply chain .

Welcome to our first “Expert Insights” – an interview series where we talk with industry thought leaders and experts about different topics surrounding logistics and supply chain – gathering their insights and experience firsthand.

We begin with Mike Bogen, Supply Chain Collaboration Evangelist and Industry Expert. Mike is the Managing Director of digi-trust.eu, a newly formed venture with a focus on legally compliant horizontal transport collaboration supported by purpose built digital tools; and CEO of Giventis International BV, a Netherlands-based company that develops and deploys information management and BI digital tools to facilitate logistics collaboration. He’s also the founding member and pilot case leader for the NexTrust EU funded research project. digi-trust.eu was created as the commercial extension of the NexTrust project and is now a subsidiary of Giventis. Mike’s industry experience spans the U.S., Asia and Europe in logistics software technology and transportation management.

This is the first of a four-part series interview with Mike. To provide context to the current climate, the entire interview was conducted in late February 2020, prior to the worldwide spread of COVID-19.

You’ve been around this industry for a long time. How has logistics and supply chain really changed in the last 20 years, or do you even think it has?

Oh, absolutely. I think a lot of it is digitalization. Visibility has been probably the biggest single driver because that’s what  really makes everything else happen. Track and trace is somewhat ubiquitous today in logistics; while you can see a shipment’s current status, albeit it’s only a starting point. At a minimum, you should see when something is going to happen so you can plan for it, anticipate it, and deploy resources around it – especially with regards to proactively managing shipment exceptions. I think that’s really been the biggest change in the industry right now, and it still has a long way to go.

I mean, in a closed network setup, or so-called integrated logistics model, where the likes of a FedEx, DHL or UPS basically control all the moving parts, it’s very easy to see the possibilities from it. But when you really start looking at end to end visibility, TRUE end to end visibility across service providers – where you’ve got multiple players in the transport chain – you didn’t have that level of visibility 20 years ago, and it’s mostly lacking today, You do have it today from a technology standpoint, but we don’t have it from a process standpoint the way it should be. I don’t care whether it’s in North America or Europe, it’s still a pipe dream and it shouldn’t be because we’re there now with the tools.

You have experience in transportation and logistics in the U.S., Asia, and Europe. What do you see as the main commonalities between them? And the biggest differences – either in execution or the challenges that they face themselves?

I think some of it is cultural, but I think a lot of it, from a business standpoint, is structural. And I don’t think you can really say things operate that differently let’s say in North America vs Europe vs Asia. Asia is still the next frontier. It’s very fragmented from both a shipper and logistics supplier standpoint; you still need to improve infrastructure, whether it be road or rail or port, facilities… it really depends on where in Asia you are. Some Asia region countries have extremely sophisticated transport infrastructures, especially ports - same thing in the U.S., same thing in Europe. But again, it goes back to deploying the right technology, and the kind of technology that can be linked and used across the relevant players.

I’ll give you one example: you’ve got goods coming from Asia to Europe by ocean, essentially coming through a port, out of the port transferred to a rail connection, to transfer to a warehouse, to transfer to a road connection -- you’ve got various pieces of the puzzle to link together from a visibility standpoint. That’s pretty much the same all over whether you’re coming from inland facilities i.e. manufacturing in China, or inland facilities coming from Scandinavia or from Germany – where the goods are going to end up in another country within the European union or now with Brexit, outside the European union. Technology is the key to making all of that work. But there is a lot of resistance there because no one wants to take ownership of it.

Everybody works in their own silos whether it be port facilities, rail networks or road transporters. And, think about it, unless you’ve got an integrated system where one entity controls everything, you know the rail company is not going to cover the cost of visibility once they transfer it (the load) to a road carrier. Or even in the case of, we have the term “shunting” in rail, where you have to move goods from one rail service to another, or a rail service to road, or a rail service to a warehouse, or from a port to the rail service…that so called “shunter” is an independent entity; are they going to make the investment into visibility so that somebody upstream or downstream can see it? Not necessarily. It’s not happening.

That’s where the community approach comes in. Who can connect the dots? And the dots are the independent entities that make up the end to end transport chain. It’s technologically very, very straightforward. It’s not easy from a process standpoint, but it can be done today. The investment isn’t huge. But nobody is taking process ownership of the entire transport stream.

The geography is different, so the problems are different. I think Europe could learn a lot from the rail intermodal system that’s in place today in North America. There are a lot of things that make it difficult in Europe, not the least of which is the rail system in Europe is designed around passenger service, freight is secondary; versus North America where freight rail is predominant. Even then, what drives intermodal is that you have goods coming from ports on either coast feeding inland. Here in the U.S. the distances are double, triple, quadruple what you have in Europe, so geographic challenges are very, very different.

But I think the U.S. is far ahead of Europe in terms of intermodal infrastructure. The business structure for intermodal in Europe is very different than it is in the US. There are a lot of distribution layers to it which tend to inflate costs and potentially impact service. From a business standpoint, Europe could learn from some of the business models that are prevalent in North America. Furthermore, the company that’s investing in the assets needs to have a little more control than they do today in terms of the end user and the people that are paying the bills. This holds true on both continents.

For example, in Europe, the actual rail operators that move the goods, that own the locomotives, that own the rail cars, are not necessarily the ones that are dealing with the large shippers. They are always dealing through a freight forwarder or other intermediary. And if you try and bypass that, you get shot down. You talk to a rail operator today in Europe, and they’re going to say my customer is not necessarily Procter & Gamble for example, my customer is XYZ transport company (freight forwarder). Now at the same time, these transporters are controlling the customer relationship, they’re buying the capacity…so to a certain extent they’re taking the risk, but they’re not taking the asset risk. And there is no difference there between Europe vs the U.S. The end user is not necessarily the one that has contact with the ones moving their goods. There’s a happy medium especially in terms of transparency, but we’re not there just yet.

Stay tuned for Part 2 of our “Expert Insights” Series interview with Mike Bogen where we discuss transport sustainability and collaboration.