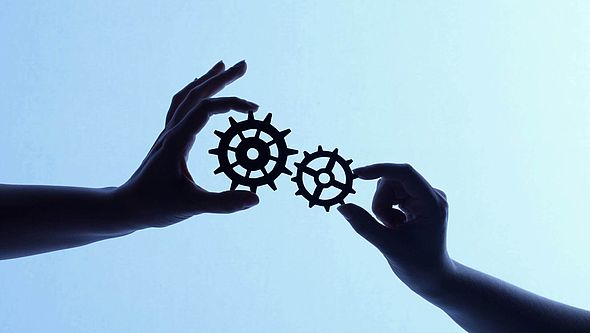 How blockchain technology will transform the supply chain

Blockchain drives a new industrial revolution. At least, that is what many people claim. Others are still questioning the disruptive potential of blockchain technology.

Blockchain drives a new industrial revolution. At least, that is what many people claim. Others are still questioning the disruptive potential of blockchain technology. Didn’t Gartner recently announce that blockchain has entered the ‘Trough of disillusionment’ in their Hype Cycle, meaning the technology will come to maturity in 5 to 10 years?

This coming to maturity can be considered good news or bad news, depending on the way you look at it. It will see the light before we see the impact of blockchain in our daily business environments. But new business cases with blockchain technology see the light every day. Not only in the finance sector, but also in logistics and supply chain.

Frank Blau, one of the blockchain specialists at inet-logistics, part of Alpega, explains:

“A blockchain is a series of data blocks. One or more transactions – such as payments or deliveries – are recorded in these blocks, laid out one after another and thus chained cryptographically – i.e. with electronic encryption. What is so special: the data is not located on a central server, but rather is stored in a network accessible to all users. Everyone therefore always has the same information – the Blockchain is like a public cash book.”

The benefits of blockchain are threefold. Firstly it is transparent because all users have access. It also cannot be edited. Owing to the chain, a transaction which is carried out is permanently stored. Thirdly, blockchain is secure because it is encrypted using state-of-the-art cryptographic technology.

Blockchain in logistics and supply chain

As supply chain networks are becoming increasingly collaborative, information becomes fragmented and gets stored in silos. Many digitisation projects still suffer from the effects of broken processes, difficult data reconciliation and a lack of visibility along the entire supply chain.

Answering three questions allows to determine whether your organisation can benefit from blockchain technology:

Putting future blockchain-based solutions in place will be no less than disruptive: it will create an opportunity to reinvent entire processes, rather than digitising existing processes as we have done so far.

But there are drawbacks: how about the processing power and ‘Quality-of-Service’ in a distributed peer-to-peer network? What about the cost per transaction, which some use cases show it’s more expensive than with traditional applications?

Ashton Gooding, Product Manager at Transwide TMS (Alpega Group): “We are excited by what is happening in the blockchain market right now. At Alpega Group, we cannot ignore the disruptive power this will have in the future. Think about Smart Contracts between shippers, logistics service providers and carriers in a collaborative supply chain, or about building a new generation of freight exchanges where supply and demand are intelligently matched against each other. At the same time, we also must acknowledge that the technology still needs to come to maturity.”

There are countless examples in which blockchain and smart contracts are beneficial and yield many advantages. Blockchain applications are being tested, and the infrastructure must be created to enable smart contracts. Still, there’s a long way to go, but a unique opportunity for logistics.

One could mention Walmart, who traces pork from China using a blockchain. After some food safety scandals – mislabeled or expired food – Walmart partnered with IBM to build a blockchain allowing to determine the origin of every single piece of pork meat.

A similar example in Europe: Carrefour will use blockchain technology to trace the journey of their premium Auvergne chicken. The customer will be able to find out where each animal comes from, how it was fed, the treatments it got, where they were slaughtered, etc.

The world’s Largest mining company, BHP, uses blockchain to manage collaborative supply chain processes. The company relies on external partners at nearly every stage in the mining process, from collecting samples and conducting analyses to driving business decisions that occur with parties distributed across continents.

Frank Blau highlights other examples of blockchain in logistics: “The software company IBM and the shipping company Maersk are working on a pilot project worth millions. Here, Maersk is using the IBM Blockchain solution Hyperledger to reduce bureaucracy and costs in the transportation of containers.

The Port of Antwerp is also testing a project for container logistics. A container passes through many locations, hundreds of interactions and a great deal of paperwork – a Blockchain platform simplifies all stages. Large shipping companies thus share the space on the cargo ships and reduce their costs.”

Inet is working on a digital model of a container and the common events used in container management (filling, moving, delivering, etc.). After a digital class has been defined, smart contracts can be created on the blockchain. That allows partners to interact with the shipping container using blockchain protocols and architectures. While inet is still in the early stages of blockchain development, Frank Blau believes that this will be a powerful example of the kinds of transactions and processes that can deliver high business-to-business value using blockchain. Blau: “I am looking forward to seeing where this decentralised technology and the structured world of transportation management software can join forces to enable more efficient and profitable ecosystems.”