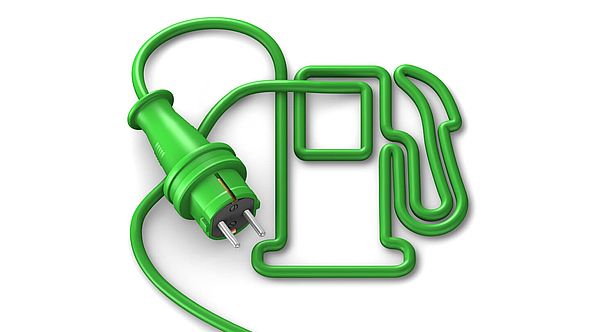 Why the eTruck is Here to Stay

Although today they are still not to be seen on the roads, electric trucks will soon become a reality. What are the main factors that decide the speed at which the inevitable shift to eTrucks will take place?

When Daimler’s head of trucks described a competitor’s product as “defying the laws of physics”, such word choice somehow came as less of a shock when he referenced a Tesla product. In fact, the California-based company’s latest disruption to the automotive industry takes the form of an electric truck, the Tesla Semi, allegedly capable of travelling up to 500 consecutive miles with a full load and expected to hit the market as soon as next year.

Tesla’s eTrucks are expected to be available in two versions, each able to travel 300-mile and 500-mile ranges per battery charge. The trucks will cost $150,000 and $180,000 USD, depending on the battery size and thus the charge-less range.

Such transport capabilities at such costs should strike fear into the hearts of any diesel truck manufacturer, as companies such as PepsiCo, Sysco, UPS, DHL, and Anheuser-Busch have already announced combined reservations of about 500 trucks. This causes speculation as to which additional companies have quietly concluded preemptive orders with Tesla thus far.

Considering Tesla’s founder and CEO, Elon Musk, has announced that he plans to manufacture as many as 100,000 trucks per year by 2023, the likelihood of unannounced orders looms high.

Knowing that about 75% of EU freight and 70% of US freight is transported by road, a slow but steady switch from diesel to electric trucks will have monumental impacts not only on the environment, but on the logistics industry altogether.

Electric trucks represent severe potential for the reduction of costs and pollution, and at prices that are comparable to those of diesel trucks, their uptake is inevitable.

The Bottom Line of eTrucks: Fuel, Maintenance, and Battery

Even when considering brand new, industry-altering technologies, the age-old bottom line wields the power of decision making. Thus, the speed at which transport companies will dump diesel trucks and onboard shiny new electric carriers will be decided by the cost efficiency of doing so. This cost efficiency is tied not only to the upfront vehicle price tag, but is also influenced by regional fuel prices, maintenance costs, and the delivery distance (or battery) required.

For example, while Tesla Semi may cost only between $20,000 and $50,000 USD more than an average class 8 diesel truck, the total cost of ownership (TCO) is highly dependent on fuel prices.

This is exemplified best when comparing EU and US projected purchasing patterns of electronic trucks. With EU fuel prices being comparatively higher than US fuel prices, the potential savings of ditching diesel and committing to electric are noticeably higher for European-operating companies than US-operating companies. As such, while the EU is expected to have the largest share of sales of electronic trucks by 2030 at 29%, the US is expected to reach only 15% of the share by the same year.

Nonetheless, fuel savings are still expected to significantly impact US-operating companies overall. According to Tesla’s estimates, Anheuser-Busch’s integration of 40 Tesla tractors in its 750-strong fleet is expected save the company $8 million USD on fuel each year.

Maintenance costs, which account for a $61.5 billion aftermarket industry, are also no small factor when considering the transition to eTrucks. In fact, with truck maintenance costing about $20,000 USD per truck per year – the largest chunk going to part replacement – the “simpler number of parts” and fewer “complexities of the parts” of eTrucks argue in favor of the switch.

That’s why, DHL, one of the world’s largest logistic firms and a member of the Tesla Semi pre-order club, expects to save “tens of thousands a year” with its new purchase. They estimate a pay back within a year-and-a-half based not only on fuel savings, but also on the lower maintenance costs of electric trucks. The bottom line is pointing more and more towards eTrucks.

Still, it’s important to remember that eTrucks, like regular trucks, come in all shapes and sizes. Some of those sizes, more importantly, are far more affordable than others.

For example, potential Tesla competitors, Ohio-based Workhorse and California-based Thor Trucks, are each working on implementing light and medium duty electric trucks, which can travel between 100 and 300 miles per charge, into their products. Each require smaller and thus less expensive batteries than Tesla Semis or any take on an electric heavy-duty truck.

These smaller trucks, also offered by Tesla, are the types that aforementioned Anheuser-Busch plans to utilize in delivering its beer on a short-haul basis from breweries to wholesalers. While this means that the transition to eTrucks is more likely to first take place with regards to less expensive light and medium duty trucks, it’s worth remembering that, for example, 80% of the EU’s freight is transported in heavy duty trucks.

Taking fuel, maintenance, and battery life into consideration, cost efficiency is slowly but surely to favor a transition to electric trucks in due time, if not already.

While cost is certainly a deciding factor in company investments, legal regulations is one of equal consideration. In recent years, several countries have taken part in a global pact, known as the Paris Agreement, to reduce CO2 and Greenhouse Gas Emissions. In response, some major cities such as Madrid, Paris, and Mexico city have thus even announced upcoming diesel bans, while, country-wise, France and the UK have announced sales bans on fossil-fuel vehicles from 2040 onwards.

Nonetheless, similar to fuel costs, the US lags in concrete environmental regulations, thus speaking to the US’s slower uptake of eTruck technology. And as heavy duty trucks, which make up a large majority of transportation vehicles and consume two to three times more fuel than light duty trucks, are expected to be the last vehicles to make the electric transition, regulations will have to extend further in order to foster a global push away from diesel.

Yet considering that the continued uptake of eTrucks could displace up to 3.5 million barrels of oil per day by 2050, which is equivalent to 40% of today’s diesel demand for trucks, stronger and wider regulation may be a welcomed push towards eTrucks.

Integrating electric trucks into your fleet in order to reduce costs, meet legal requirements, and reduce pollution is all very well – until you’re stranded 50 miles from the nearest charging station. In fact, perhaps the biggest inhibiting factor in switching from diesel to electric trucks is the lack of supporting infrastructure along the world’s highways.

Yet good news remains for those of you who’ve been growing increasingly excited with each hint at an electric future: infrastructural solutions are in the works. While the lack of charging stations requires stronger batteries and thus higher expenses, Tesla is reportedly already in talks with its eTruck clients to install “Megacharger” stations at relevant locations.

This is likely to propel cyclical development in favor of the eTruck: the more electric trucks Tesla sells and accommodates, the more external charging stations will pop up along highways, within warehouses, and outside distribution centers. Furthermore, the possible introduction of intra-day charging would allow for smaller battery sizes and more reliable charging processes, eliminating the hesitation to invest in electric fleets.

Electric Trucks: Ready or Not, Here They Come

It’s not a question of if, but when. Electric trucks represent severe potential for the reduction of costs and pollution, and at prices that are comparable to those of diesel trucks, their uptake is inevitable.

The speed of this uptake, however, is less concrete, and while Tesla’s product will take eTrucks to the streets in 2019, we’ll have to wait an additional four years to see if its 2023 prediction of manufacturing and selling 100,000 eTrucks per year will roll out as expected.